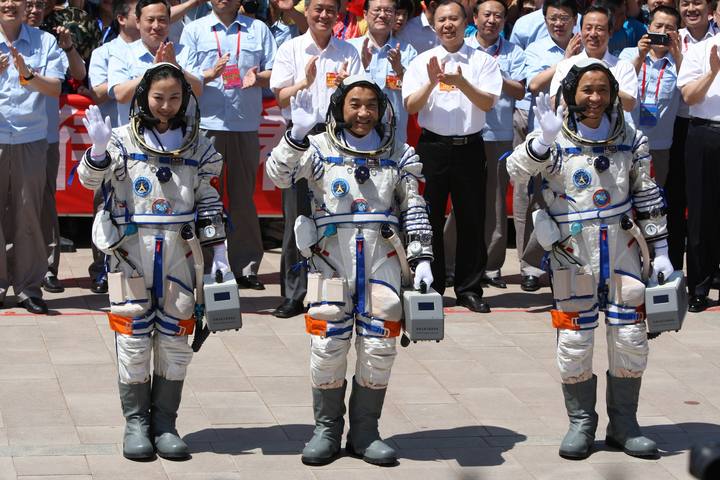 Chinese astronauts (L-R) Wang Yaping, Zhang Xiaoguang and mission commander Nie Haisheng wave to onlookers as they prepare to board the Shenzhou-10 spacecraft in Jiuquan, northwest China’s Gansu on June 11, 2013. China was to launch its longest-ever manned space mission on June 11, with its second woman astronaut among the crew, as it steps up its ambitious space programme, a symbol of the country’s growing power. CHINA OUT AFP PHOTO 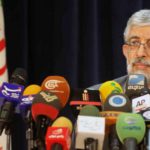